ANNAPOLIS, MD — Based on Tuesday’s election, for the first time, a supermajority of elected  legislators in both the Maryland House of Delegates and Senate are on record supporting a transformative clean energy bill just ahead of the 2019 General Assembly session.

A veto-proof majority of 30 elected senators has explicitly signaled its support for the Maryland Clean Energy Jobs Act. The proposed bill would move the state to at least 50% renewable electricity by 2030. Bill advocates also expect the 2019 bill to require legislators to develop a plan to reach 100% clean power by 2040. The supporting senators include candidates who either signed a pledge of support for the bill during the campaign or who were co-sponsors of the same bill last year when it did not come up for floor votes. Supporters now include powerful Senate Finance Committee Chair Dolores Kelly of Baltimore County.

Similarly, for the House of Delegates, 82 elected legislators support the Clean Energy Jobs Act. This does not include the Speaker of the House or two other leadership positions who would almost certainly join the 82 — making a veto-proof 85 — if the bill moves to the House floor.  House supporters include Environment and Transportation Committee Chair Kumar Barve of Montgomery County.

Well-known policy advocate Vincent DeMarco of Baltimore helped lead the initiative to get candidates’ support, using a campaign strategy similar to past successful efforts on health care and gun violence prevention. But the 112 winning candidates who signed the clean energy petition or co-sponsored the bill last year is by far the most of any past DeMarco campaign on any issue, signaling the overwhelming popularity of wind and solar advancement. The bill would create thousands of jobs and make the state a national leader in the renewable energy field.

Organizations supporting the Clean Energy Jobs Initiative now look forward to taking these supermajorities of support in both chambers and working with the key committees, committee chairs, and Senate and House leadership in translating this supermajority support into a strong clean energy bill that keeps Maryland on the forefront of clean energy and climate policy.

Brooke Harper, Maryland Director of the CCAN Action Fund and Political Action Chair of the Maryland State Conference of the NAACP said: “Maryland voters have spoken. They elected a supermajority of candidates who support the Maryland Clean Energy Jobs Act. And now we’re ready to translate it into a final law.”

“Nevada voters soundly passed a ballot initiative supporting a 50% RPS,” noted David Murray of the Maryland Solar Energy Industries Association (MDV-SEIA). “Maryland cannot be left behind in growing our clean energy economy.  Should legislators follow through on their commitment to pass the Clean Energy Jobs Act, the state solar industry will create 20,000 jobs over the next ten years.”

Cyrus Tashakkori, Chairman of the Utility Scale Solar Energy Coalition, said: “We commend these leaders for taking a stand in support of renewable energy and recognizing the massive opportunity the greening of our grid represents, not just for our environment, but also for the billions in investment, wages, and tax revenue their leadership represents for Marylanders all across the state.”

Andrew Gohn, Eastern Region Director at the American Wind Energy Association, agreed, saying: “By sending so many renewable energy champions to Annapolis, Marylanders sent a strong signal that they value the clean air, economic development and job creation that comes with investments in sustainable energy.”

“Throughout the campaign cycle — through town halls, door-knocking, phone calls, and forums — candidates around our state focused heavily on the environment and our renewable energy economy moving forward,” said Karla Raettig, Executive Director of Maryland LCV. “Marylanders are demanding that all elected leaders take a stand and pass real policies to combat this threat. That’s why so many candidates signed on to the CEJA pledge and ultimately their constituents agreed.”

These victories follow an election season where an unprecedented number of candidates for the Maryland General Assembly and the Governor’s office endorsed the Maryland Clean Energy Jobs Initiative, with more than 250 candidates signing in support before the primary elections, and 149 supporters that made it through the primaries.

In 2016, the Maryland General Assembly voted to increase the statewide electricity standard to 25 percent by 2020, but Governor Hogan vetoed it. The General Assembly had to vote to override Hogan’s veto in 2017. 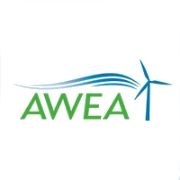 Want to support CCAN Action Fund’s efforts fighting climate change? Participate in our EV Raffle fundraiser to win a dream Tesla or a Rivian electric truck! Odds of winning are excellent, and your donation helps save the planet. Enter today.